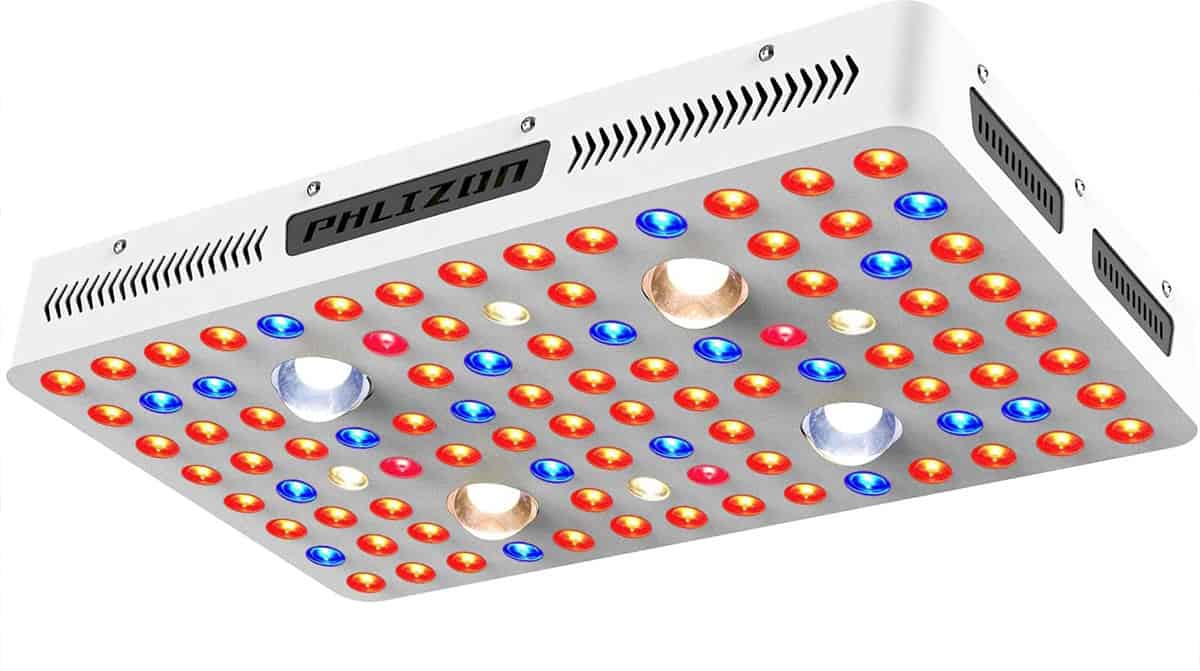 COB LED lights are growing in popularity among indoor gardeners.

Phlizon is a well-known brand of grow lights.

In this article, we’ll review Phlizon 2000W COB LED by assessing its performance in great detail.

Before we examine the performance of this light, let’s take a brief look at its design.

The device is well-constructed and pretty heavy. It weighs around 14 pounds (6.5 kg).

The LED board of Phlizon 2000W COB has a very interesting design.

This light incorporates four CREE COB LED chips that are located in the middle and surrounded by 96 SMD LED chips.

Phlizon 2000W COB has many ventilating holes, four of which are directly at top of the cooling fans.

There are also two switches at the top of the device (Veg/Bloom and Stronger) that allow you to have more control over the light.

Phlizon 2000W COB comes in a well-protected box that also includes the hanging equipment, power cord, and a hygro-thermometer.

OK, how does this light perform?

Besides the COB LED chips, the device also contains 96 SMD LEDs that are classified in the following way:

Although the light has a variety of SMD LEDs, the 4 CREE LEDs have the greatest influence on the overall light spectrum of the device.

Since the spectrum of this device is equally rich in blue and red light, it’s great for all plant growth phases.

And eventually, you will get a very high yield from your plants under this light.

But, the light intensity of Phlizon COB is not uniform over the coverage area.

The PPFD measurements of the device decrease significantly as you move from the center of the coverage area to its corners.

The light intensity of this device at the corner of the coverage area is virtually zero.

That has to do with the design of the light and how COB lights actually work.

But it’s important to keep that in mind when growing your plants in a rectangular growing area, such as grow tents.

Since that’s the recommended coverage area by the brand, you need to stick to it.

But just as we said above, avoid growing your plants in the corners of the coverage area.

According to our calculations, the PPF efficacy of this COB light ranges between 2 and 2.3 μmol/J.

Although the light is labeled 2000W, it actually draws around 400 watts of power only.

The 2000W label is actually useless and misleading in this case.

Phlizon 2000W COB depends on active cooling to dissipate all the heat that its LED chips generate.

The light is equipped with four cooling fans that are surrounded by several ventilating holes to enable the air to flow smoothly through the device.

That said, Phlizon 2000W COB puts out a significant amount of heat that you need to get rid of.

You should have a powerful ventilation system in your growing area to make sure that the heat doesn’t accumulate around your plants.

The device has two switches: Veg/Bloom and Stronger.

Those switches allow you to gain more control over the light and save energy during the vegetative phase of your plant.

According to the brand, you can return the device during the first 30 days (money-back guarantee).

It also has a two-year warranty.

However, you can find a lot of controversial reviews about the customer service of Phlizon.

Many say it’s outstanding and very responsive while others say that the brand is very unprofessional.

But many customers on Amazon stated that they could easily return their defective Phlizon lights.

If want to achieve excellent results in indoor gardening but you’re on a budget, Phlizon 2000W COB is the way to go.

Comparison with Other Grow Lights 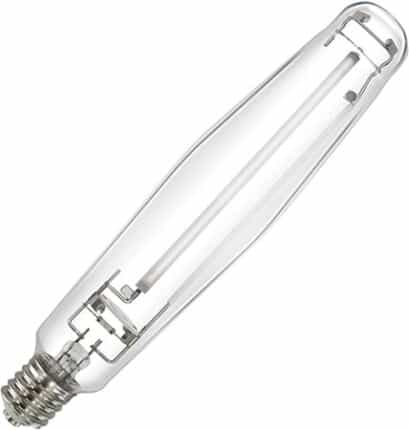 For that reason, the Phlizon 2000W COB light has a higher return on investment than HID lamps.

HPS lamps also have spectrums that are less optimized than COB LEDs.

The light spectrum of Phlizon 2000W COB is much more balanced than that of an HPS lamp.

For that reason, it’s much more suitable for all phases of growth.

So, long story short, a COB LED, such as Phlizon 2000W, is much better than an HPS lamp. 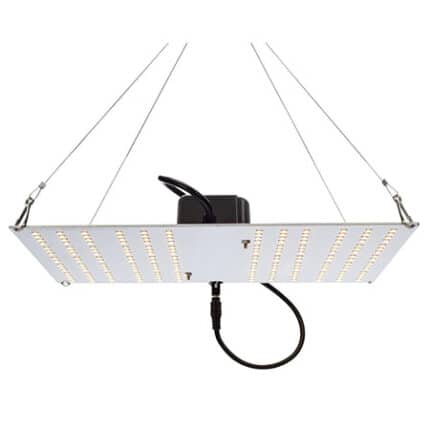 HLG Quantum Boards are the most popular LED lights in the horticultural society today.

They also have better light distribution because they used SMD lights that distribute light more uniformly.

Both HLG QBs and COB lights have optimized spectrums.

Yet COB lights have few advantages over HLG QBs.

Most HLG QBs come in DIY kits so the customer needs to assemble them at home.

Enjoy growing your favorite plants and don’t forget to share your thoughts in the comments below! 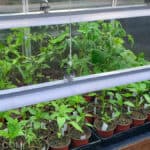