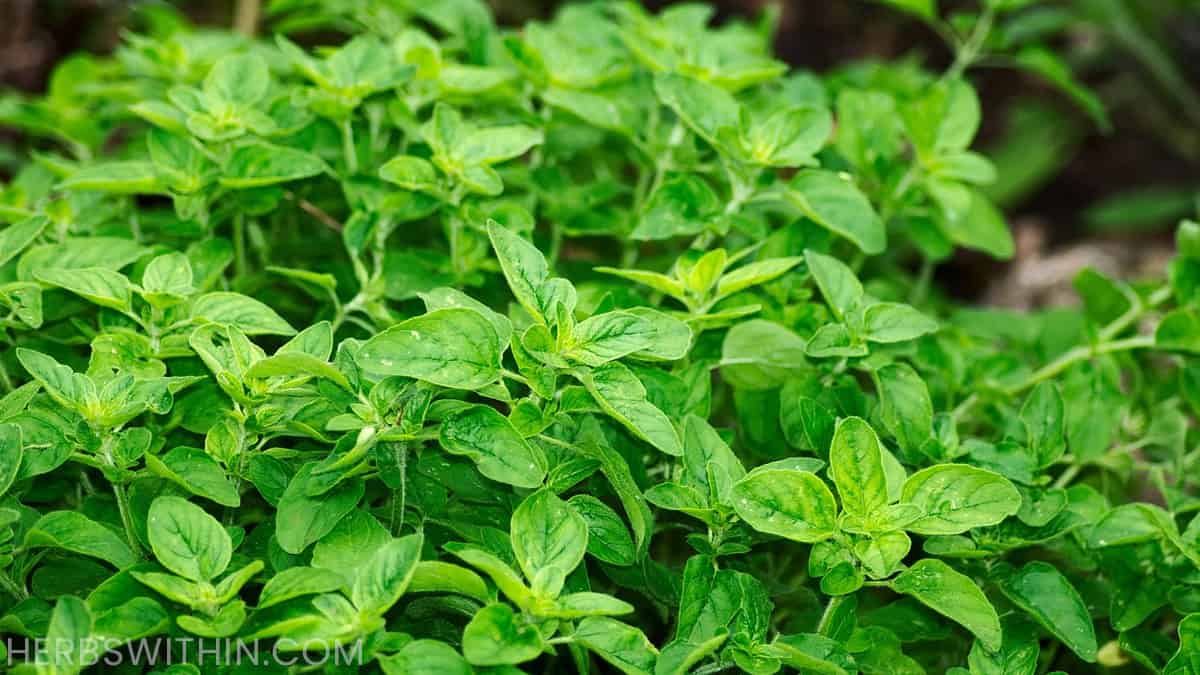 Regularly pruning your oregano ensures that you have fresh herb leaves to harvest throughout the season.

Pruning will make your oregano plant big and bushy. It prevents the plant from growing too tall and feeble and helps to manage woodiness. In this article, we will teach you how to prune oregano.

Pruning redirects the plant’s energy and nutrients into growing bigger, healthier leaves and developing new stems. It also provides you with a constant supply of fresh oregano for your recipes.

There are several ways to prune oregano, depending on the season and health of the plant. Sometimes, it is as simple as snipping off the top leaves for use in your recipes or as extreme as cutting off all the stems to create room for new growth.

You need the right tools to get the job done. Get a sharp pair of pruning shears. Dip a soft piece of cloth or cotton wool in the rubbing alcohol and use it to clean the pruning shears.

This ensures you make smooth, clean cuts and protects the plant against possible fungal, viral, or bacterial infestation. Using sharp pruning shears ensures that you do not scar the plant tissues.

Below are the steps on how to prune oregano and answers to the top related FAQs. Let’s get started!

Method 1: Cut The Tips Of Each Stem

This method is typically used for harvesting oregano but it also keeps the plant growing. It is done in the late spring and throughout summer to encourage optimal growth of the plant and a full harvest.

If your oregano plant has grown too tall, snip off the stems at the second or third set of leaves from the top. Do not cut more than 1/3 of the stem at a time. Doing so is over-pruning and may cause the plant to die.

Woody stems make the plant congested and do not produce new leaves. It is best to get rid of them to create space within the plant and encourage new stems to sprout.

Peruse the plant, stem by stem, identifying woody, old stems, and cut them off from the bottom. You will need ultra-sharp pruners for this step, particularly if the stems are thick or dead.

You could use the cut stems to propagate new oregano plants either in water or soil. They take a few days to a couple of weeks to propagate depending on the propagation method and surrounding conditions for growth.

When an oregano plant has overgrowth, it becomes crowded. As a result, the stems do not have enough room to grow or access adequate nutrients. Their stems become leggy and soft and produce small, less flavorful leaves.

As such, it is best to get rid of the long, soft stems to allow room for fewer, healthier stems to grow. Like the woody stems. Snip them at the bottom.

Method 4: Cut Off All the Stems

If your oregano plant has lost its luster or is overgrown, do not be afraid to snip off all stems, leaving only about an inch, to give them a new chance at flourishing. Snip off the stems as low as possible. It is best to do this after the first frost. The plant will have already gone dormant.

As the growing season starts, the plant’s new stems and leaves will emerge as long as you provide it with the right conditions – moist the soil when it dries up, ensure adequate airflow, and place it in a well-lit area with occasional exposure to direct sunlight.

You may also apply a small amount of compost or liquid fertilizer to provide it with the necessary nutrients for growth.

Pruning the flowers enables the plant to focus its nutrients and energy on growing new stems and leaves and discourages seeding.

Use your pruning shears to cut just below the flower buds, at the point where the stalk attaches to the stem. You could trim the flower together with the 1/3 top of the stem. If the flower is dying or already dead, you could simply pinch it off.

As the oregano plant’s leaves and stems continue to grow, so do the roots. With time, some roots die or there is an overgrowth. Therefore, it is important to trim the roots every few years and to get rid of dead ones.

In addition, if the root ball is too big, separate it along with some stems and repot them in planting containers with nutrient-rich soil. Root trimming helps to improve nutrient absorption.

It is also important if the potted plant has outgrown its current pot size.

For outdoor oregano, cut down the entire oregano plant leaving only the stub. Cover the stub with soil and apply a layer of mulch over the soil.

The mulch offers the stub added protection against the harsh winter weather. In early spring, the stub of this perennial herb will begin to grow into a new plant, with accelerated growth in the late spring and throughout summer.

When Should You Prune Oregano?

For newly planted oregano plants, wait until the plant is mature before pruning. It should be at least 4-inches tall with several stems and several layers of leaves per stem – approximately six weeks after planting. Otherwise, snipping the stems too early will cause the plant to die.

The best time to prune oregano is after flowering, in midseason. Pruning at this time encourages the new growth of tasty oregano leaves. Stop any form of pruning at least 2 weeks before the start of winter.

By this time, your oregano plant will have slowed down in growth, so naturally, you will not need to prune. Not pruning also helps outdoor oregano plants to survive the harsh winter cold. You can also provide a grow light to keep the temperatures above 650 F to help it cope better with the winter weather.

If you provide light, warmth, water, and nutrition to your indoor oregano plant, it will continue to grow throughout the year. In this case, prune every 6-8 weeks to encourage it to keep growing.

How Often Do You Need To Prune Oregano?

How often you prune your oregano plant depends on the type of pruning. Pruning just the top leaves allow the stems to grow back to about 4-inches tall before pruning again.

Regularly inspect your plant for woody stems and dead leaves and get rid of them as need be. Cutting off all the stems should be done once per year, preferably when there is overgrowth.

What Should You Do If Your Oregano Is Flowering?

If your oregano plant is flowering, it means that it has reached maturity and is ready to produce seeds. Often, blooming happens in the late spring or early summer. The plant produces white, pink, or purple flowers. You can either prune the flowers or allow them to bloom and seed eventually.

Removing the flowers encourages the new growth of stems and leaves. This makes the plant bushier, fuller-looking, and boosts your harvest for a longer period. You can use them to make flower arrangements for your home or a loved one. Some people infuse them in oils.

Oregano flowers can also be used in a wide range of recipes. They have a rather delicate and mild taste compared to oregano leaves. Oregano flowers can be used for making oregano tea, added in vegetable soups, as a topping in pizzas, and as decorative salad toppings.

Allowing the flowers to run their course beautifies your indoor garden. When outdoors, the flowers attract insects such as bees and butterflies, which help with the cross-pollination of other plants in your garden.

Once the seeds have developed, you can collect and store them for planting. (Although growing oregano from seeds has a low success rate, and most people prefer to propagate it from cuttings instead).

Since oregano is a perennial crop, it requires timely pruning to keep it producing fresh and flavorful leaves every year.

Survey your plant to determine which type of pruning it requires. If it is in optimal health, prune it as part of your harvesting procedure. On the other hand, if it is overgrown or weak, trim the stems down completely to allow for new growth. 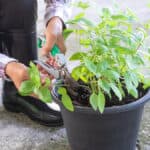